San Francisco is a great city because of it’s culture, architecture and a lot of other aspects. But what really makes it great in my opinion, is it’s proximity to other amazing cities, such as Oakland. People might have a negative image of Oakland, but in fact it’s a great city with a lot of character and charm. Yes, some parts of city aren’t as well maintained as the others, but that’s what makes Oakland, Oakland.

One of my favorite things to do on Sundays, is visit a farmer’s market and get fresh and organic food for the week ahead. This time it was Oakland-Grand Lake Farmers Market’s turn.

The market was full with all the seasonal fruits and veggies your heart desires. 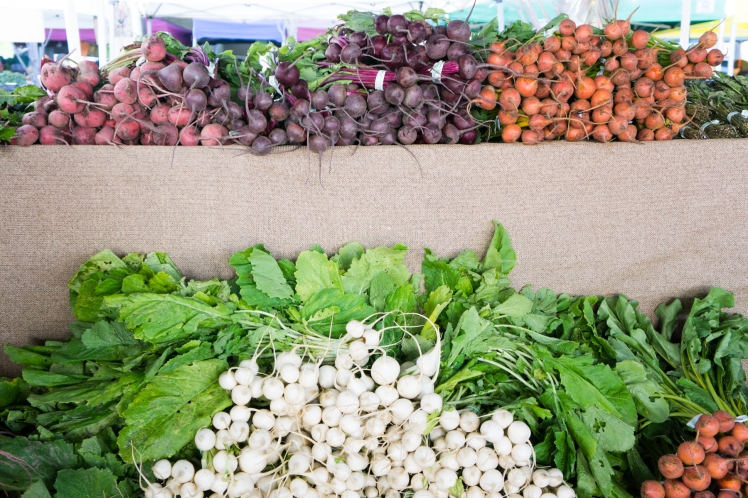 All so colorful and well placed, they looked like a piece of art.

The prettiest flower bouquets and Orchids were on display too, filling the air with a beautiful aroma.

After we walked through all the stands and booths, and got all the things we needed, it was time to eat. We decided to have burgers from a place nearby. As we were heading there, we couldn’t resist stopping at Grand Fare Market for a peek inside. It’s a high end charcuterie store with a beautiful restaurant out in the patio… We were so tempted to change our lunch plans, but the place was full and the wait was long.

Inside there’s a small but very inviting oyster bar, with the freshest oysters on display. Who can resist fresh oysters on the half shell?

We continued our way to the JJ Burger and had a mediocre burger, unfortunately. Their garlic fries were absolutely great though! Super tiny and crispy, just the way I like them.

As we were walking back to our car, we got whisked away by the by a charming little liquor store. With an all white decor, this store looked like out of a Pintrest board. Definitely not like any other liquor store I’ve been too.

Even their selection of liquors, is as unique as the store. We picked a bottle of red Italian wine that we later had with home made pizza and toasted chestnut!

Before heading home and as it was a nice day, we stopped at Blue Bottle and picked up a cup of iced coffee for R and an iced latte for me. 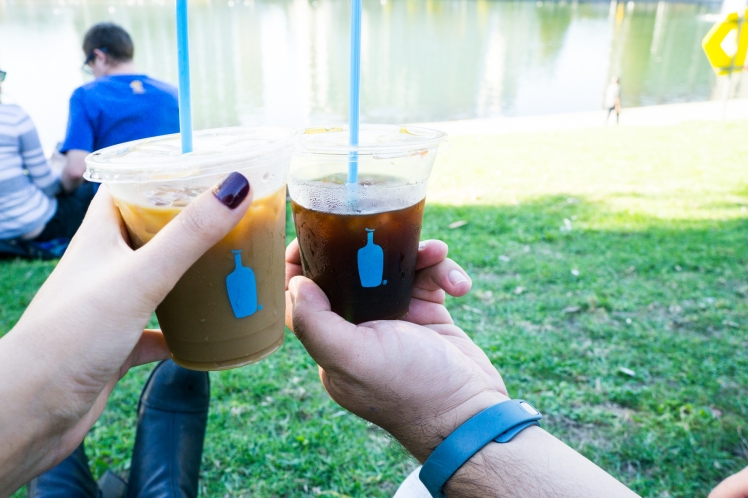 We sipped them in the park overlooking a great view of the Grand Lake. We even made new furry friends there!

Now that the rain has arrived, it’s getting cold and gloomy, these sunny hot days seems so far away… Summer come back already!